Letter from the Rector: General Convention

Dear Brothers and Sisters in Christ,

As many of you know, the General Convention of the Episcopal Church took place last week in Austin. General Convention happens every 3 years, and is hosted by different cities throughout the country. A significant amount of news has made its way into the main stream media coming out of General Convention… some of it accurate, much of it not. Of greatest significance was a resolution to do a substantial revision of the 1979 Book of Common Prayer (our current BCP), that would use inclusive and expansive language for God and humanity, and include new language and liturgies for marriage and creation care.

So we press on, doing the good work God has given us to do. That work, as Christ’s body the Church, is to restore all people to unity with God and each other in Christ. Our mission is clear. We will not be distracted by the changes and chances of this world. God has blessed St. Christopher richly. Our call is to live into these blessings, using them for God’s glory and the welfare of His people.

I am honored and blessed to be your rector.

The Grip of Fear

"I Love the Rain"

The Grip of Fear

"I Love the Rain" 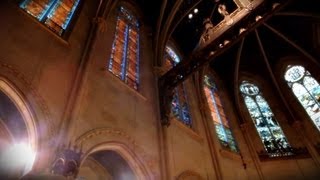 We Are Still One Body

Where Did They All Come From?